Get fresh music recommendations delivered to your inbox every Friday.
We've updated our Terms of Use. You can review the changes here.

Falling Into The Sky

by The Circular Ruins 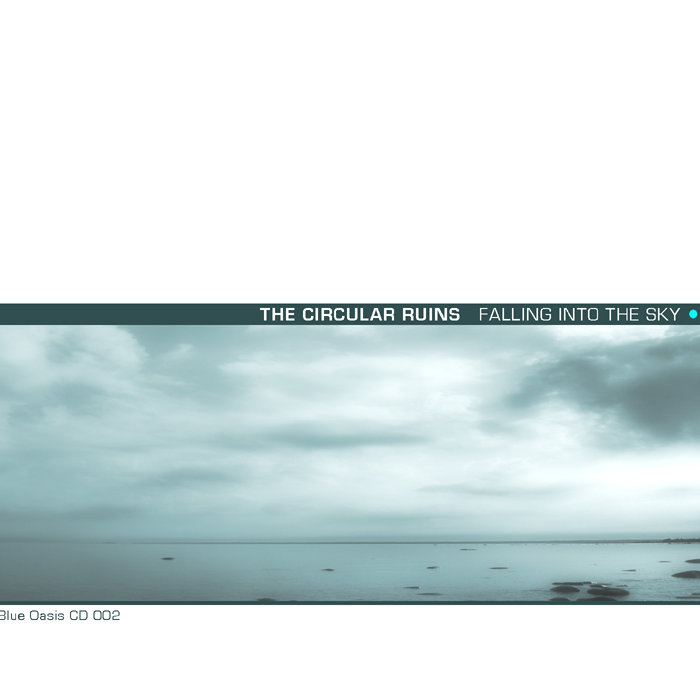 Originally released on Blue Oasis in 2007.

"Listening to "Falling Into the Sky", I'm reminded of my belief that Kerby's greatest gift has always been his ability to create a sustained musical environment over the course of a disc. Throughout his musical career, he has made beautiful music that forms a space around the listener, a space rich in depth and nuance that inspires further exploration and investigation as each song flows into the next. "Falling Into the Sky" is a fine example of Kerby's gifts, a collection of music that takes the listener on a journey to a new location to be experienced. As with all of his releases, "Falling Into the Sky" comes highly recommended."
rik maclean - Ping Things

"... Falling Into the Sky, represents both a departure from, and a continuation of, the TCR tradition. The sounds of departure, towards a more expansive sense of weight with less density, may be seen as drawing on APK’s programme for this work – an envisioning of a kind of ineffable lightness of being, one where scientific laws are inverted, where a journey might call forth not action, but a form of escapism, of drifting away. On one level perhaps a metaphysical extension of the early 90s armchair voyager notion of “Travelling without moving”.

"Falling from the Sky, overall, impresses as a substantial work of sonorous reflectivity imbued with a deep melancholy, nevertheless succeeding in enfolding within itself a glimmering luminosity – suggestive of the spirit of humanism in the face of the sky’s supreme indifference at our fall."
Alan Lockett / furthernoise.org

"... this is an impressive disc! A suspension of weightless drones, no beats and no rhythm, this is easily the most atmospheric Circular Ruins to date -and as spacious as the photo that graces the CD cover. The prevailing mood here seems to be one of wistfulness and solitude, this is great music for a cloudy winter day. A highlight among the highlights for me is Paracelsus 3, where you seem to be suspended in a stratospheric windstorm, as vaporous snatches of conversation drift past. The sound-effects in this track are incredible.... Of course, this is certainly among the very best discs I've heard this year, and my favorite Circular Ruins disc yet. Highly recommended."
Joe Rygwelski - Hypnos forum

We are an ambient-electronic music label created way back in 2002. Here you can find all of our releases in high quality digital format, arranged by release date.

Bandcamp Daily  your guide to the world of Bandcamp

Sampa The Great joins the show to discuss her release, "As Above, So Below".